Night glitter is the new project from LouLou Ghelichkhani (of Thievery Corporation) and John Michael Schoepf (Roky Erickson, Ben Dickey). Their music incorporates a lot of textures from the electronic music world along with a lot of the analogue instruments similar to bands like Portishead and Mazzy Star.
Music Link:
https://www.nightglittermusic.com
Press Links:
Austin American Statesman
Austin Chronicle
KUTX
Videos:
Tunnels
Hangin on a Dream 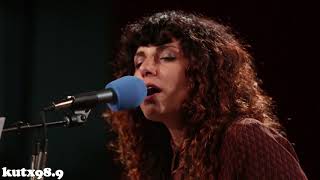 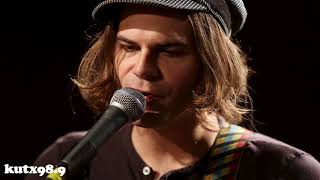 Night Glitter – “Hangin on a Dream”
——
Apollo Vermouth – Discovering Apollo Vermouth’s music can feel a bit like getting into a TV show that’s already been on for six seasons—exhilarating, yes, but also daunting, since you’ll have some catching up to do. Since she began exploring ambient music as a teenager seven years ago, Apollo Vermouth’s Alisa Rodriguez has released at least 10 albums, EPs and splits under the moniker, some minor variations of their predecessors, others radical breaks